The AI Trucking Race is Heating Up

Following Waymo’s announcement today that they would be extending their self-driving technology to commercial trucks, they took a huge leap in front of the AI trucking industry. The Waymo and Google partnership has already put totally driverless vans on the road. Now they’re ready to take on commercial vehicles.

Beginning last fall, tech giants across the US made announcements that their driverless trucks would soon be hitting the road. Uber, Google and a small tech startup, Starsky Robotics, are leading the pack with Tesla close on their tails. Everyone has the same goal, which is to cut driver hours on the road and increase delivery efficiency. However, all three companies are taking slightly different approaches to develop their AI trucking programs.

Elon Musk’s unveiled his ultra sleek electric semi truck in November 2017. Musk touted the fully-electric Class 8 truck for its power, strength design. The most tantalizing feature, though, was the trucks 400 mile range with only a 30-minute charge from a “megacharger”, and a operating cost per mile that comes in at 20 percent below traditional diesel trucks.

Tesla’s trucks will have “enhanced autopilot” as a standard, according to Musk. This semi-autonomous feature will allow them to easily form convoys on highways with one another. The electric carmaker is expected to start production in 2019.

Unlike Tesla, Uber, Google and Starsky Robotics are all working towards fully-automated commercial trucking. They’ve been able to test their driverless vehicles on the lax road rules of states like Arizona, Florida and Georgia. Starsky Robotics founder and CEO Stefan Seltz-Axmacher has decided that he wants to completely remove drivers from the equation. He believes that the work environment for truckers is dangerous and uncomfortable because of the long hours on the road and time spent away from family. Even when drivers are necessary for narrow streets off the highway, Starsky drivers will take the wheel from a control center instead of the truck’s cab.

Uber is on a mission to change the future of trucking with its automated trucking network. On Tuesday, it released a video to illustrate the three-stage delivery process called the “transfer hub model.” A driver picks up the cargo-filled trailer and drives it to a drop-off point where he/she trades loads with the self-driving vehicle. The vehicle completes the highway leg of the route and meets up with another driver at a transfer hub to finish the final leg.

DGD Transport joined the troup last fall when we reserved two brand new Tesla freight trucks last fall. AI is here to stay and we are ready to embrace the revolution! 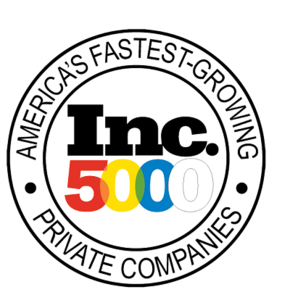