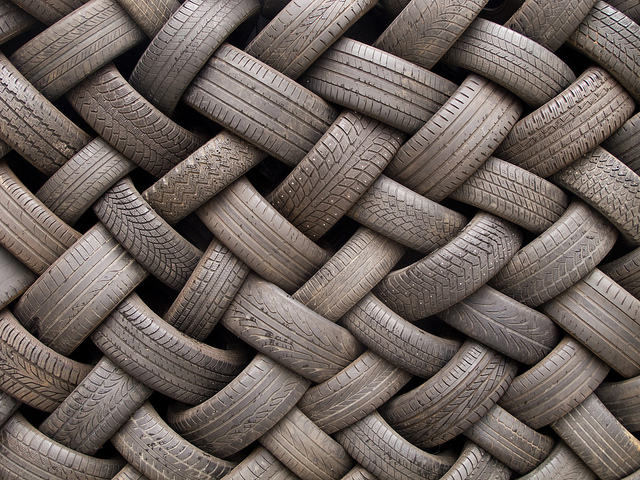 Tariffs Bounce up on Rubber

The trade war between the US and China continues to escalate. One of the latest tariff casualties between the US and China is rubber. Last September the us imposed a 10% tariff on Chinese rubber imports. This 10% tariff is expected to increase to 25% in January; part of a 2-phase plan of tariffs. Companies such as Bridgestone, Coopertire, and Kumho Tire USA have already increased their tire prices by 8%. Thanks to the upcoming January tariffs these prices are expected to continue rapidly changing. In 2017, China was the largest provider of tires to the United States. Nearly $2 billion in product was provided, and with recent tariffs that might soon change. According to ThomasNet, sourcing activity for rubber products should increase 5% in the coming months. A few other products that have been experiencing an increase in sourcing activity the past month include: steel, lumber, and plastic bottles.

The trade war also has the potential to plunder the economy of New England area state, Maine. Maine has always had a history of lagging behind, economically, the other New England states. The state's main source of trade comes from lobster fishing. To put it in perspective, Maine produces a total of 120 million pounds of lobster annually, whereas, the other New England states only produce a combined 25 million. The tariffs on Maine are reaching new highs of 35% on live lobsters and 40% on processed ones. The impact that these tariffs would have on the state's GDP cannot be understated. Maine has been able to ride a wave of increased lobster exportation to Chinese markets over the last few years.  2017 resulted in a total of $128.5 million in exports, which is triple the total number of exports in 2015. Chinese markets are now looking towards Canada for their lobsters as they only have 7% tariffs. The highs of early 2018 are now in peril as the market paralyzes following the implementation of these tariffs. 2017 saw the United States import over $500 billion of goods from China. Half of these goods are subjected to $35 billion of import duties, come January that number could increase to $60 billion. Senior vice president of business development at 3PL provider Geodis, Sean Kelly stated in October at the 3PL Value Creation North America Summit 2018 that he was receiving “frantic” phone calls from non-clients trying to secure warehouse space before the tariff changes were put in place. That’s the reason why shippers over Spring and Summer decided to move a large portion of their goods as fast as possible from China to the United States. This caused freight rates during these seasons to leap beyond their normal peak season highs.

All of this points to these tariffs being detrimental to the logistics and shipping industry.  However, an important factor to consider when discussing the impact of the trade war’s tariffs is the GDP. In 2017 US GDP was $19.4 trillion. Many businesses expect that port volume is going to be affected by these tariff changes. The $35 billion, soon to be $60 billion, in import duties still do not add up to a single percentage point of the GDP. That means that the tariffs do not have a meaningful impact on the GDP, as of the current projected increases. If the tariffs do not produce an impactful change on the GDP percentage then port volumes are not expected to change. On the other end of the spectrum, World Bank predicts that China’s GDP growth will continue to slow down. Their GDP growth will slow down from 6.5% in 2018 to 6.2% in 2020.

So, how does all of this affect 3PL tech companies like DGD Transport? 3PL marketing research company Armstrong and Associates notes that “The 3PL market has seen excellent growth in the last two years.”  The 3PL market grew 10.5% in 2017 to a $184.3 billion industry and is expected to grow past $200 billion in 2019. Armstrong notes, despite the trade war, that demands for 3PL businesses is increasing and conditions are ripe for acquiring new business. That said, although the tariffs are not likely to have a meaningful impact on logistics and transportation jobs that are associated with Chinese container imports, other businesses face more dire consequences. For example, tech company nLight Corp. has had their shares fall by half since July of this year due to the trade war. Their quarterly financial results show that they expect more slowdown in the coming months. Originally, huge demand was anticipated for the industrial lasers that nLight would be manufacturing at their headquarters in Clark County and its facilities in Shanghai.

However, because of the transportation limitations that companies, such as nLight, face because of the tariffs they have started to come up with workarounds. Jason Willey, nLight’s investor relations director, states that they can still find meaningful growth and escape some tariffs by using their facilities locally instead of internationally. The Shanghai facilities can provide product to Chinese customers and the Clark County facility can provide product to American customers. “It does help in terms of being able to move things around,” Willey said when asked to comment on nLight’s workaround. Larger companies such as Intel, whose products were not affected by the initial tariffs, have also started to shift their production among various countries overseas as another way to escape the tariffs. These changes that some companies are starting to make may have larger implications for the transportation industry as a whole.

Companies that have the ability to split their production among 2 huge markets, such as nLight with China and the United States, may find that to be a more viable option than dealing with the tariffs. Although nLight states that they aren’t avoiding all the tariffs with this method they do state that they are still growing. Compared to last year’s third quarter profits of $2.2 million, third quarter profits are $4 million. Showing the viability of this method by detailing their growth quarter by quarter and comparing pre-tariff growth vs. post-tariff growth might lead other companies, in similar positions, to reach the same conclusion. Larger companies, such as Intel, have the option to split their production amongst multiple countries instead of just focusing on Chinese facilities. This option is much costlier, but that cost may be offset by the company not having to deal with the tariff’s impact. Intel has managed to escape the tariff by splitting up their development process between a few countries. E.g: Chips are made in US Intel facilities, then they are sent for assembly to facilities in Costa Rica, and lastly they are sold back in the United States once they are sent back.

To summarize, the tariffs are going to have a limited effect on 3PL tech companies.China’s position as the number one supplier of rubber to the United States might change, through the imposed tariffs on common trade products. This also extends to other products such as steel and lumber.  This has pushed people to rapidly attempt to move their products from China to the United States in an attempt to escape the second-phase tariff increase. Although the trade war has imposed these tariffs, upwards of 25%, transportation companies are likely to not be meaningfully affected. As well as, port volume is not expected to change. 3PL companies are expected to continue growing, even under increasingly competitive conditions. China’s GDP is expected to be affected more by the trade war than the United States’ GDP. Manufacturers are also starting to find workarounds the tariffs. Some manufacturers, like nLight, are dividing up their production facilities to focus on selling locally. Larger manufacturers, like Intel, are fracturing their production process further to completely evade the tariffs made on their tech products.

For more information, follow us each week for the latest transportation industry news or contact DGD Transport here.

Update⼁On November, 30 Donald Trump, President of the United States, and Xi Jinping, President of the People’s Republic of China, sat down and began discussing a temporary “cease-fire.” During a dinner at the G20 meeting in Buenos Aires, Argentina the world leaders struck a compromise. The United States will not go through with the planned tariff increases on $200 billion of Chinese goods. Instead, there will be a 90-day negotiation period. Additionally, if both countries cannot agree on terms by the end of this 90-day period then the US will enact the originally planned 25% tariffs.

Even though a tenuous agreement has been reached, the US and China both have different things to say about the same subject. Press Secretary Sarah Huckabee Sanders and Chinese Foreign Minister Wang Yi have both spoken at length about the truce. Their statements, however, further illustrate the differing views. Although the US announced a 90-day deadline, Chinese officials have not mentioned a deadline. China has stated that both leaders will visit the other country at specific times, but the United States has not released any information related to this. Furthermore, both sides released more statements that were not commented on by the opposing party. The statements made can be summarized as follows: The US uses a pinpoint, specific approach and China uses broader strokes.

Update⼁ The United States is keeping up on their tariffs on $250 billion worth of Chinese goods. However, China has decided on some concessions. China has decided to dial back on their “Made in China 2025” industrial plan. The plan aims to increase the number of Chinese goods used domestically. So, China has decided to buy more US oil thereby going back on the plan, albeit slightly. Additionally, China has cut tariffs on imports of automobiles from the United States down to 15% from 40%. This had lead to car manufacturers lowering their prices in Chinese factories. China has also made their first major purchase of US soybeans since the trade war first erupted. However, China has their economic policy-setting meeting on Dec. 19 to Dec. 21. This meeting will set the tone on the Chinese side of the trade war moving forward.